i will love you, always 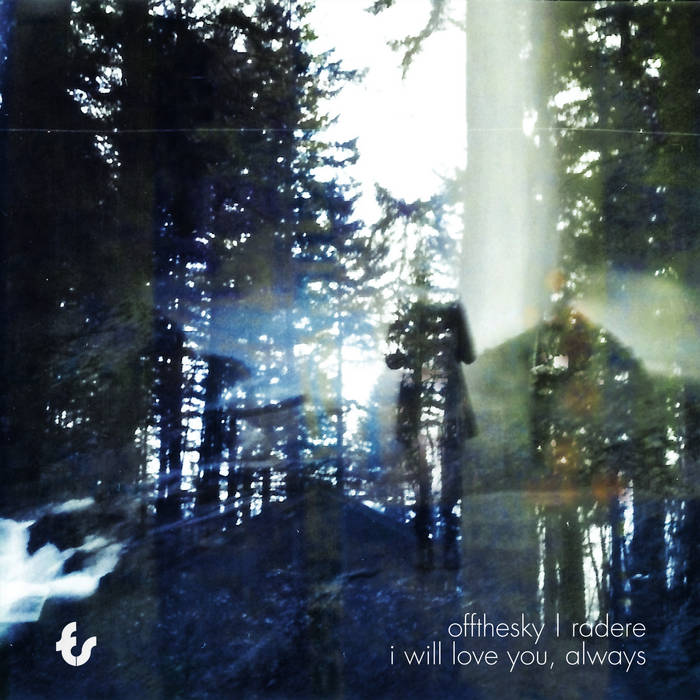 The World you can't leave behind

I Will Love You, Always is a collaboration born from the vibrant Colorado electronic scene. Full Spectrum veteran Radere is joined by Denver sound sculptor offthesky for a half-hour cassette of Rocky Mountain drone.

Both of these artists have been extremely prolific over the last couple of years, turning out records that have been met with acclaim from critics and fans alike. Their personal styles shine and complement each other quite naturally on these two tracks, which mine the concept of drone in all its aspects, shifting effortlessly from placid tonal milieus to murky descents into dark ambience and back again as they unfurl.

These recordings were culled from improvised sessions that took place throughout October 2011, with the initial recordings later being reprocessed, arranged and added upon before taking their final form. Just after the project reached completion, pop icon Whitney Houston passed away. This unexpected tragedy gave the artists inspiration for their tongue in cheek title; which is intended as a tribute to the woman who provided the soundtrack to so many films from their youth.

This release will be issued both as a limited run cassette and as a digital version. Please note that the material was edited for length to accommodate the limitations of the cassette format. The digital release will feature the original mixes at their full length.

Love is a drone dream.

note: if you purchase this album, the full versions of the tracks will be included within the download