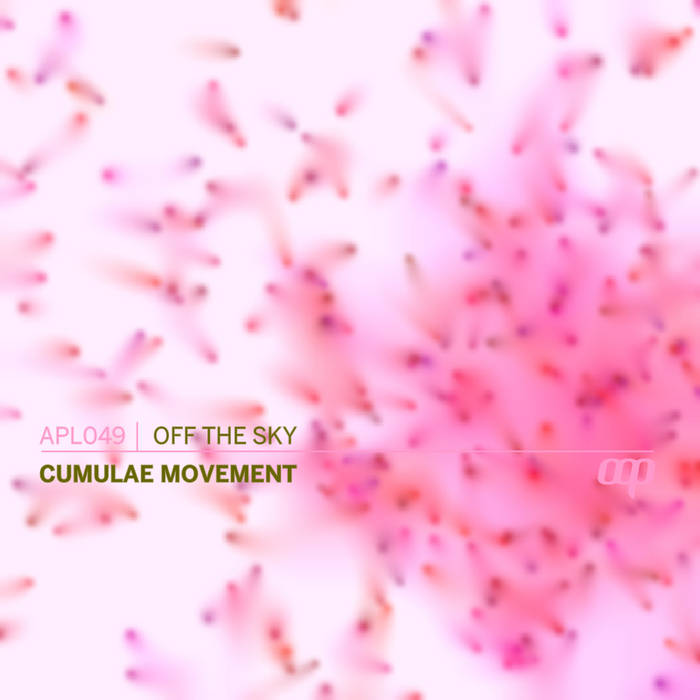 release on the now defunct autoplate netlabel, it is offthesky's final release for that label. you can still download it for free via in lossy quality via the archive.org. or you can donate a dollar and download a re-mastered lossless version of it here. below are the original liner notes for the release:

It's been over two years since Jason Corder last appeared on Autoplate with his "Caustic Light" EP [APL033]. Now he's back with this single track teaser release to prepare us for his upcoming Autoplate album. Composing as Off the Sky, Jason is recognized for his unique style of experimental, atmospheric ambient music that is often visually inspired, taking images of his natural surrounding and transforming them into affecting, sonic metaphors of reality.

"Cumulae Movement" revolves around the formation of a well-known weather phenomenon know as cumulous clouds. According to Jason he wanted to "create a movement of sound that mimicked the nature of these billowy, slow, shape-shifting atmospheric giants. So this rather long, dense piece simulates the time that Jason spent watching the clouds slowly progress across his field of view.

As a cumulous cloud moves across the sky, its shape is constantly changing, taking on several different forms during its life cycle. Likewise, as you listen, you?ll find that "Cumulae Movement" is an evolving piece consisting of several distinct parts that are interconnected by the same general motif.

As Jason related to me, this long composition was made "to be listened to on a sunny day while watching an entire cloud from birth to death across the span of one's view while sitting and watching it in one direction." So find a natural location - an open field, a lake, a beach, a secluded hill or mountain - and enjoy this beautiful, placid ambient symphony. /Larry Johnson/