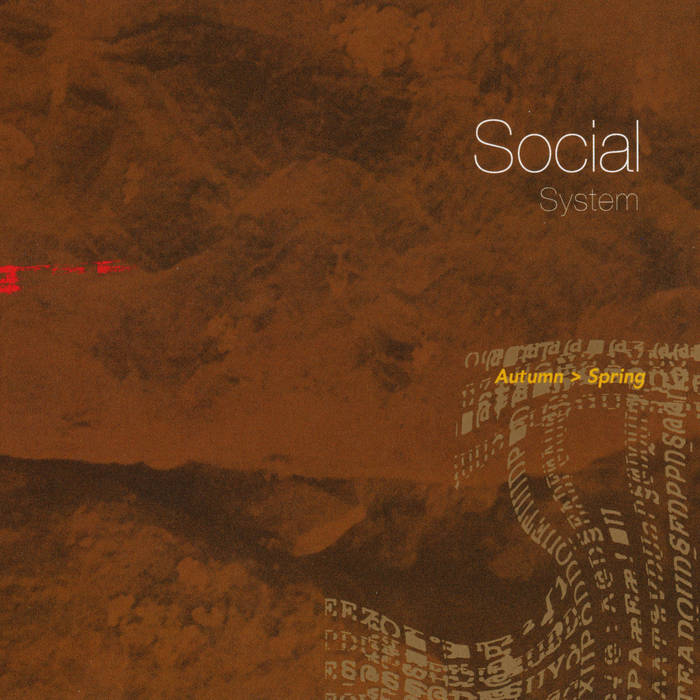 Archipel brings you a very special release for its fourth CD outing. Social System is the brainchild of Jean-Patrice Remillard (Pheek, from Montreal, Canada) and Jason Corder (Off the Sky, from Kentucky, USA). They met via a North American tour put on by Montreal's Epsilonlab label which invited Germany's Thinner crew in 2003. Jason had mainly been producing ambient work but decided to try his hand at a more rhythmic approach to his music. Jean-Patrice liked what he heard and the two hit it off and began their collaborative efforts. Due to their distance, Jason and Jean-Patrice had to compromise by using email and FTP which essentially brought them, digitally, within each other’s immediate vicinity. Through a sketch based approach, the two began work on their project with Jason handling most of the melodies and atmospherics and Jean-Patrice handling rhythm and structure. They broke the ice with their first official performance as Social System at Mutek 2005 in Montreal. This album contains the tracks which came to be from this constantly evolving collaboration.

“Autumn > Spring” is embedded with glassy candy melodies dashing in and out of heaving beats giving rise to a whole new season on sound. It takes the listener into a colourful and airy fall palette of sound. Some dubby vapour arises slowly out of ones mouth while sitting comfortably on a bench at the break of dawn with an irresistable frostyness. This album is ideal for a nap in the sand on a sunny summer afternoon after looking through a Polaroid photobook full of emotions.

Pheek has been quickly taking the minimal techno scene with a solid hand, showing not only a very personal approach in sound design, but also stomping dancefloor with a witty live act. In the last years, he toured many times in Europe, UK, South America and USA. His numerous releases on labels such as Minus, Telegraph, Tic Tac Toe, Safari Electronique and Contexterrior have not stopped him from starting his own label, Archipel. Picked by DJs such as Magda, Richie Hawtin, Josh Wink and Ricardo Villalobos, Pheek has now the reputation of quality productions.

Off The Sky has made a name for himself from his tours in Europe and for his quality netreleases he has made in the last few years. Compared to the best ambient producers, he has defined a personal approach in research and development of his own sounds. His release on Databloem has gotten a lot of attention from European medias as a “new breeze of micro bleeps in a seascape of lively sounds.”