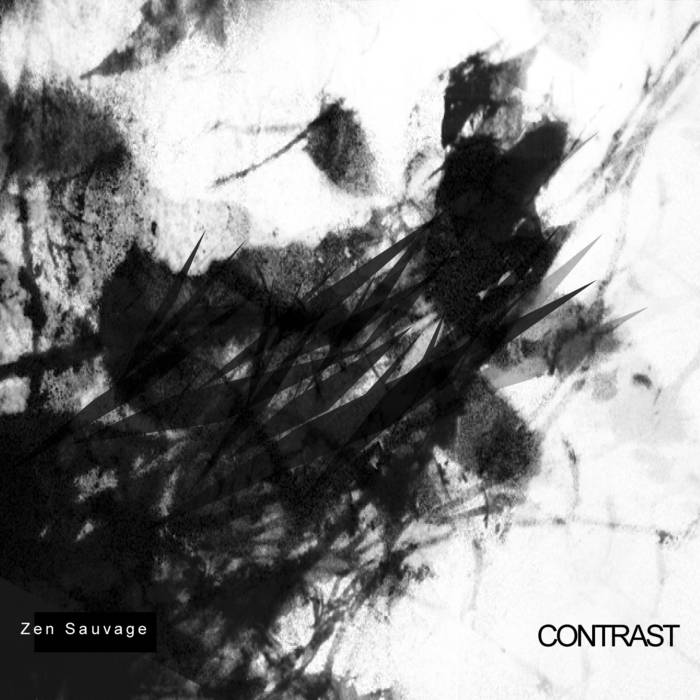 even though this was released after the innconu record release, it's material was actually created way before inconnu - kind of like a b-sides collection. many of the sketches used on contrast were conceived as early as 1998.

the original mp3 version release can be found here:
archive.org/details/sub054

unfortunately the masters for this album are in a damaged state and would take allot of time to rebuild. a lossless version of this may be available here, for a small donation, in the future.

the original subsource release write-up is below:

Contrast, Zen Sauvage's follow up to his debut Subsource release, Inconnu, is a solid body of musical architecture based off the idea of various oppositional mediums in effect throughout our realities and world. This album skirts the boundaries of anti-pop and presents itself as a rare experiment into the ever-increasing underground realm of techno-sculpturalism.

Through the adept manipulation of countless audio design tools coupled with various acoustic instruments played by the artist himself, Jason Corder (Zen Savauge aka Off The Sky) creates a vivid spectrum of emotional variation. He maintaining a delicate balance of noise on melody, creating a tense yet somber journey through a seemingly post-apocalyptic cityscape of techno decay submerged under a watery blanket of pixilated distortion.

"Throughout the planning of this album I had many ideas of where to take the music in order to best represent my base concept of contrasting forces. I finally had to narrow my ideas down by simply focusing on creating an oscillating mood between the tracks. While some tracks are dark and ominous other tracks are light and more comfortable to listen to. It's probably my most bi-polar release to date."
Zen Savauge