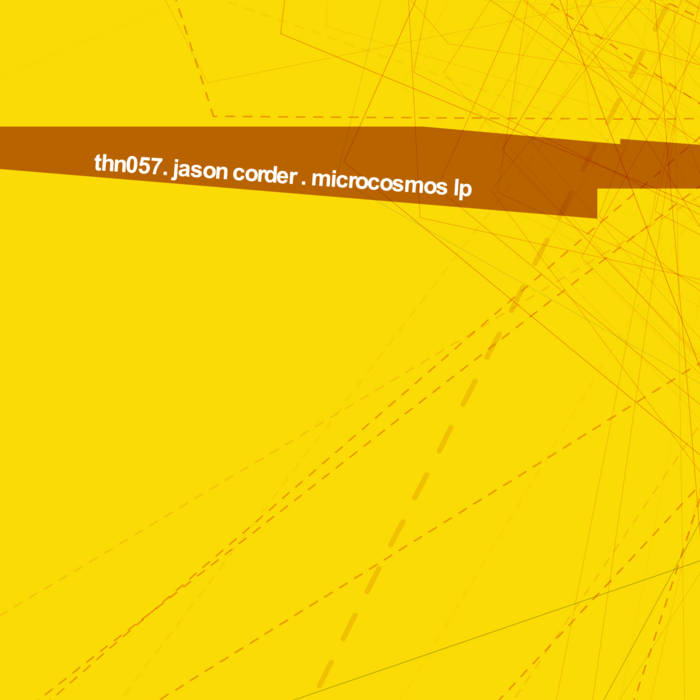 originally released on the thinner netlabel, several tours in canada and europe ensued the success and accalaim of this dancey, dubby, techno release.

unfortunately the masters are in a damaged state and are therefore in need of being rebuilt. lossless versions of this release may be available in the future.

you can still find the original mp3 version in tact here:
archive.org/details/thn057

the original thinner label site's write up below:

Jason Corder from Lexington, Kentucky, is a multi talent and truly busy with his many creative outlets besides composing tasty Microhouse under his real name, he composes dense ambient environments under his Off The Sky (on Autoplate.org) and Zen Savauge (on Subsouce.de & Databloem.nl) Alter-Egos. Furthermore, hes playing in a traditional rockband. These days, hes also working on a soundtrack, a gallery visual-art show and on a new
ambient album. Jason was part of the Thinner North-America Minitour early March this year and played shows in Montréal, Québéc City and Ottawa, presenting a liveset that consists main parts of this album.

Microcosmos is a hybrid word that is based off the vast plethora of tiny sound bits Jason manipulated to compose the beatstructures and textural beds of the music. Using a Beringer measurement microphone, he spent all last summer (2002) sampling out on his parents farm - bugs, insects, and numerous other small roving entities. One interesting fact is that he used an empty gallon jug full of crazy flies: Jason devised a way to entrap hundreds of flying bugs into a container and snuck the microphone down inside to capture a viscous furry of buzzing, flying, crack-
ling, and crawling fly sounds. From these field recording he created hundreds of percussive sounds used as a basis for the beats.

But honestly the underlying theme of the album is not so much an ode to insects but more to the vast unseen world around us. Corder actually derived most of the song titles from ideas pertaining to chemical reactions (Seratone, Twilight Sleep (an old combination drug used during pregnancy years ago) as well as social microcosms
he experienced throughout his life. Oakland CA in particular is based off of my experiences of the west coast minimal-techno scene that influenced a vast majority of his earlier works. But most simply, the title Microcosmos fits perfectly in that the style of the album is that of the popular microhouse genre that is prevalent today.

Although minimal in some instances, the album predominantly
tends to really fill in the tight sonic cracks through a use of ethereal, watery synth pads resting gently atop a garden of glitchy sounds.

So Microcosmos is not so much a social commentary but rather a concept based off the smallitude that exists under our noses. As an artist, Jason Corder relies the simple fact that even though our egos are empowered though the vastness of what our eyes conquer, there is a humbling scope of existence and power that we cannot perceive through the senses - in the world around, and in our own
minds.